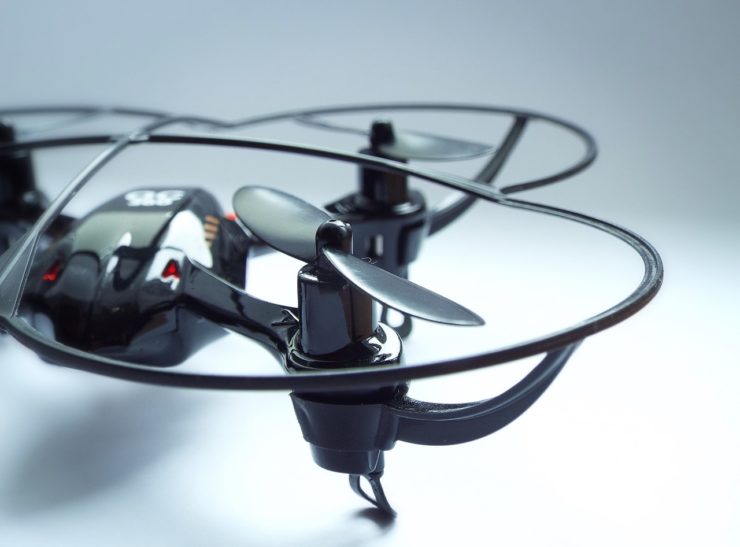 The drones are no longer just cheap toys or expensive and advanced weapons. In other words, the drones are no longer a niche for photographers, teenagers and soldiers. Drones are becoming mainstream and their use in different fields and industries is increasingly widespread. In the absence of consistent regulation, the obstacles are still numerous. But the drones can already be used in sectors such as agriculture, construction, healthcare, transport and delivery, among many others.

Agriculture: The biggest revolution since tractors

When we think of drones and technological innovation, perhaps agriculture is not the first application that comes to mind. However, the agricultural sector today benefits from many technological advances and also offers applications for drones. Drones facilitate many tasks, such as crop monitoring or seasonal planning. But they are also able to see what the human eye does not see and offer additional information. Thanks to infrared cameras it is possible to identify diseased plants or infections that cannot be observed from the ground and without equipment.

The construction industry can benefit in many ways from day-to-day use of drones. It is true that there are drones capable of building walls and laying bricks at a rate of 400 a day, when a person can only lay 40. But the main application of drones in construction is the safety of workers. Experts in the sector predict that several unmanned flying units will fly over workplaces, guarding dangerous sites, such as crane surroundings, machinery blind spots or dangerous edges.

One of the most promising applications of drones in the health field is their use as automated external defibrillators for people in cardiac arrest situations. Tests carried out in Sweden show that the AED drones reached the person who needed them an average of 14 minutes faster than ambulances with medical personnel. In the same way, Zipline drones collaborate with blood transfusion clinics in rural Rwanda. Drones are capable of transporting up to 1.5 kg of blood much faster and safer than land vehicles.

Transportation and delivery: Still a lot of obstacles to overcome

The courier and delivery sector is perhaps the one that put more expectations in the use of drones a few years ago, although today it has a more realistic vision. True, the most expensive part of any delivery is the last mile, and the use of drones would reduce costs a lot. But it is also true that, unlike the applications mentioned above, in this case drones should move through urban and populated areas, which can be dangerous for people underneath. That is the biggest drawback of the deal with drones and is an issue that authorities in different countries try to regulate efficiently.

Regulation is precisely the most important aspect of the drones implantation process in our daily lives. Experts are already working on a new air traffic code to regulate the presence of drones along with other manned aircraft so that all vehicles, manned and unmanned, travel safely. It also seeks to establish safe perimeters in which the drone flight would be prohibited to avoid injuries to pedestrians. But these measures are still in the initial stages and the debate must continue to reach agreement on the most appropriate and safe legislation for people and unmanned aerial vehicles. 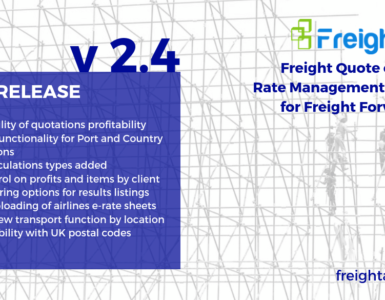 Launching of the All-New Freightalia v2.4

It gives us great pleasure in announcing that Freightalia v2.4 is out of beta and available as a stable version. You can now give your users and clients new set of features to experience with version 2.4   Here’s What’s New Full visibility:...

The freight industry has been influenced by technological changes before, and freight forwarders have managed to not only adapt but also improve their processes and business. We only need to go back some years and remember the challenges of... 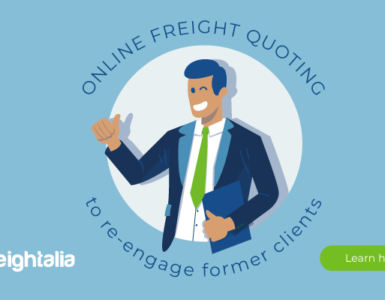 How to Re-Engage a Former Client

The competition is tough in every industry and freight forwarding is no exception. Whether you are an emerging company or have years of business behind you, striving for innovation is crucial. What was attractive for a client then may not be...